Before being discovered and reported, this unnoticed Zero-Day vulnerability had already attracted numerous attacks on the Internet, and many exploit packages have already spread all over the world in many countries and regions. The delivered payload has been identified as OKIRU/SATORI, an updated variant of Mirai. The main function of this payload is to send elaborated UDP/TCP message so as to launch DDoS(Distributed Denial of Service) against targets, which is pretty simple.

On Nor.23, ZoomEye Network Detector System also had captured this payload.

There is a public firmware, HG532e version, available on the Internet. Download link: 【2】

After downloading, directly using binwalk to extract it.

Universal Plug and Play (UPnP) is a set of networking protocols that permits networked devices, such as personal computers, printers, Internet gateways, Wi-Fi access points and mobile devices to seamlessly discover each other's presence on the network and establish functional network services for data sharing, communications, and entertainment.

Directly analyzing the code-named "upnp", responsible for UPnP service, with IDA pro and utilizing the string, "NewStatusURL", to locate the vulnerability point.

Keeping track of the cross-referenced data

The vulnerability shows as below: 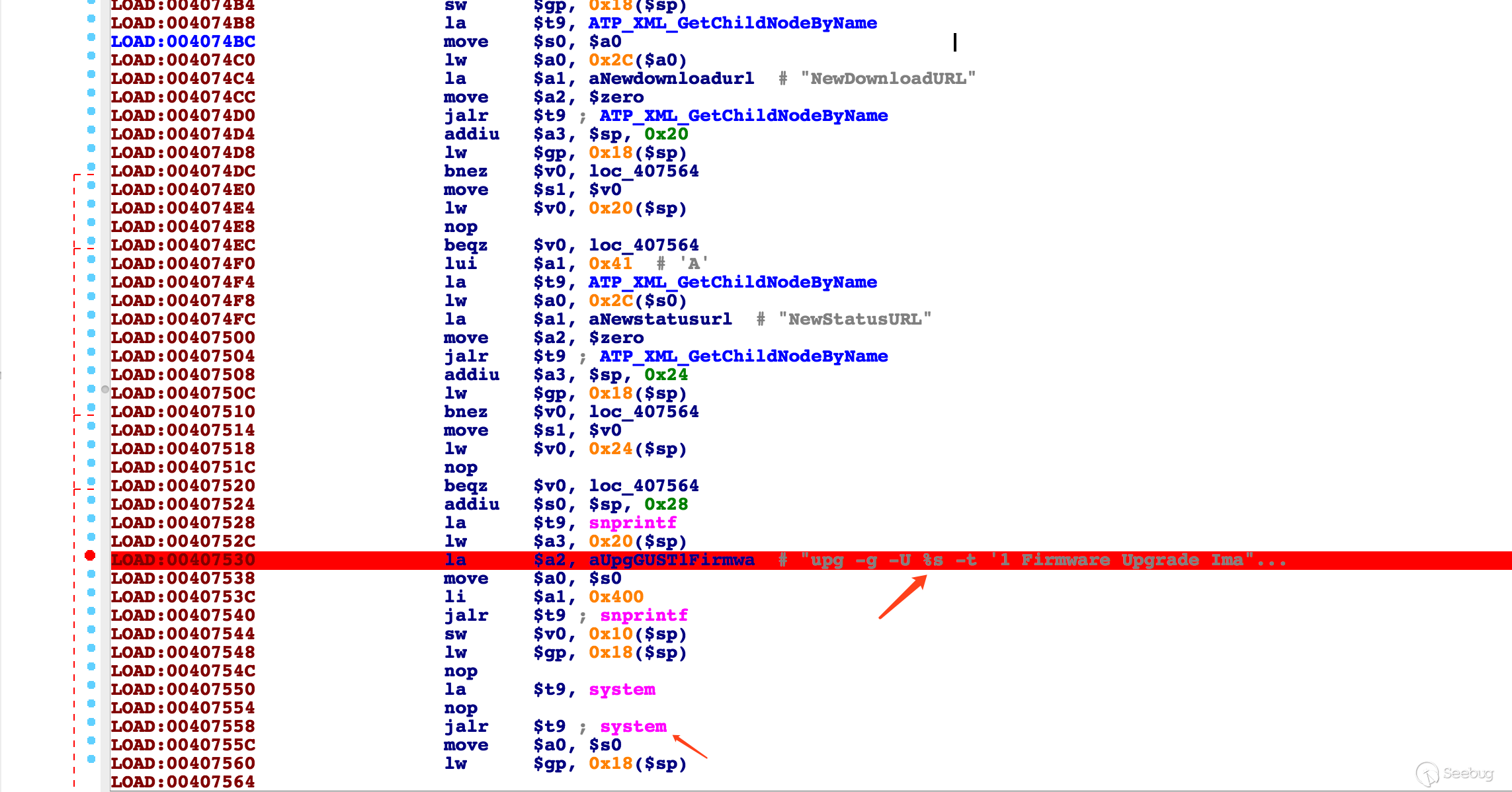 The definition of the function ATP_XML_GetChildNodeByName as below: 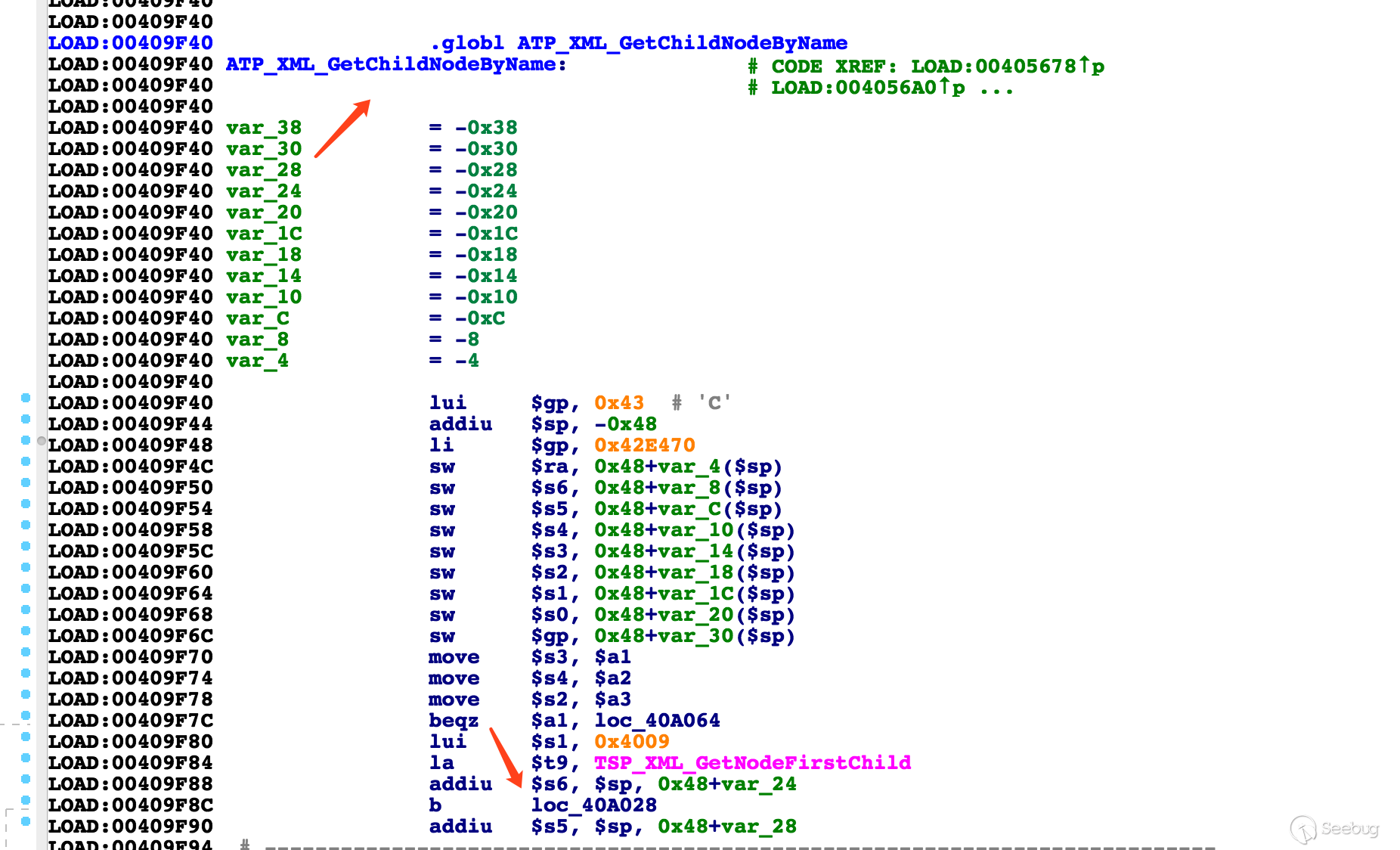 Firstly, this program did the parse of SOAP XML message and received the value of two elements, NewDownloadURL and NewStatusURL.

Then, this program did the following joint and called system() function to execute finally.

upg is one upgrade program for routers and its parameters are as follows.

Now, we have two points to execute command injection, one is NewDownloadURL and the other is NewStatusURL. 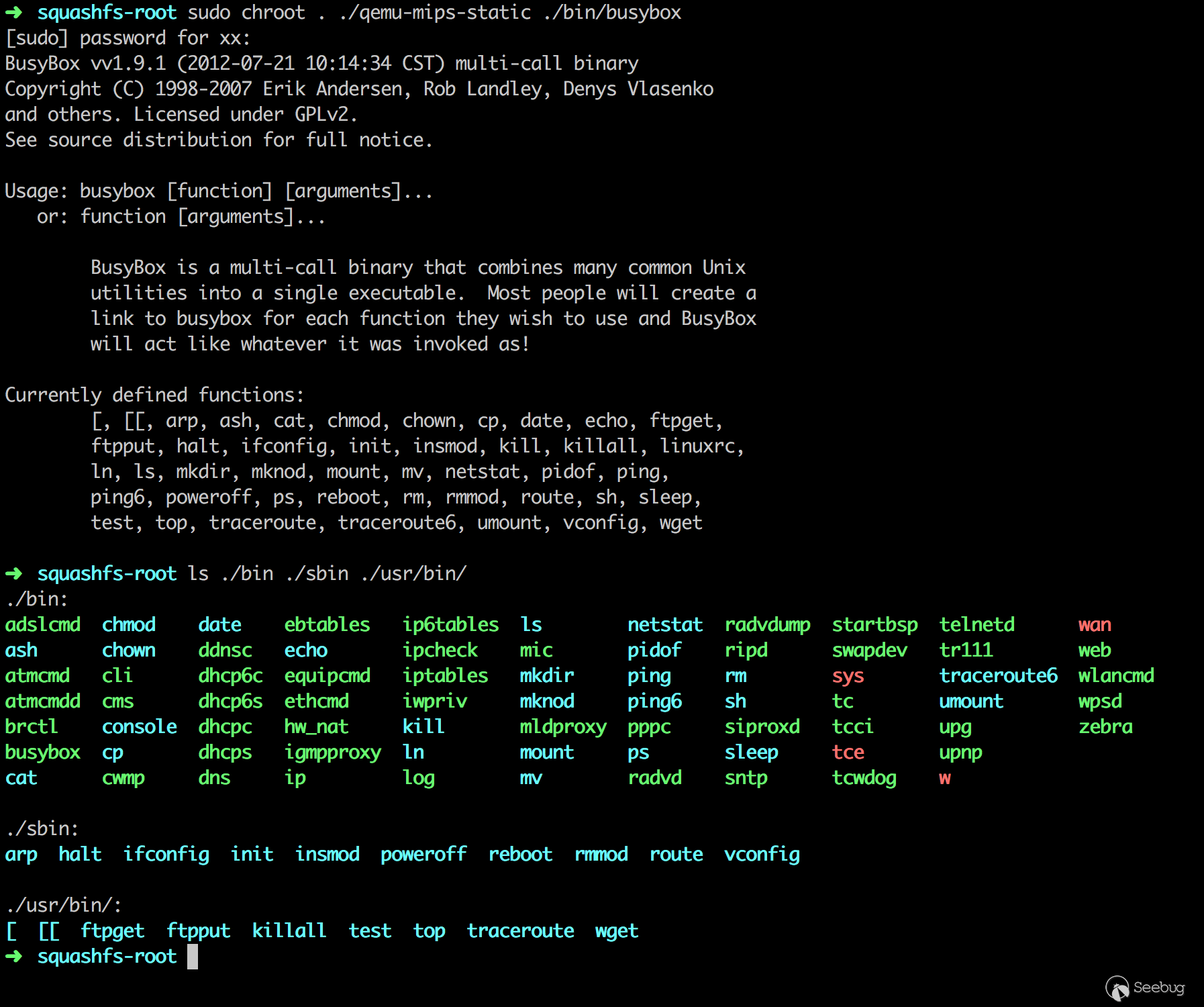 As you see, we receive the request on the listened port successfully.

It is worth mentioning that the UPnP service and firewall of HG532e routers are enabled by default. The default level of the firewall is low.

Under default configurations, any access to 37215 port though WAN will be intercepted, leading the defeat of vulnerability exploitation.

On Nor.30, the Huawei released the security notice【4】 and verified this vulnerability.

The notice mentioned the following measures to mitigate the situations.

Due to the absence of the firmware upgrade packages, there is no patches analyzation.