In this paper, I‘d like to talk about why Pocsuite3 has these features and how it is implemented rather than a boring introduction to usage.If you also want to program a similar tool, some ideas of Pocsuite3 may help you. This paper also records some thoughts and understanding during the Pocsuite3 development process.

Pocsuite3 is an open-sourced remote vulnerability testing and proof-of-concept development framework developed by the Knownsec 404 Team. It comes with a powerful proof-of-concept engine, many powerful features for the ultimate penetration testers and security researchers.

Pocsuite3 is completely written by Python3 and supports Windows/Linux/Mac OSX.It has been rewritten and upgraded based on the original Pocsuite to make the entire framework more operative and flexible.

Pocsuite3 is written with reference to many open source frameworks and popular mature frameworks, the code engineering structure refers to Sqlmap, and the Pocsuite-console mode refers to routersploit and metasploit. So PoC code format is different from previous one (but try not to make big changes). Pocsuite3 also provides very simple interface calls that can be integrated into other security tools.

For windows , you need to

In most cases, -h can help you understand Pocsuite 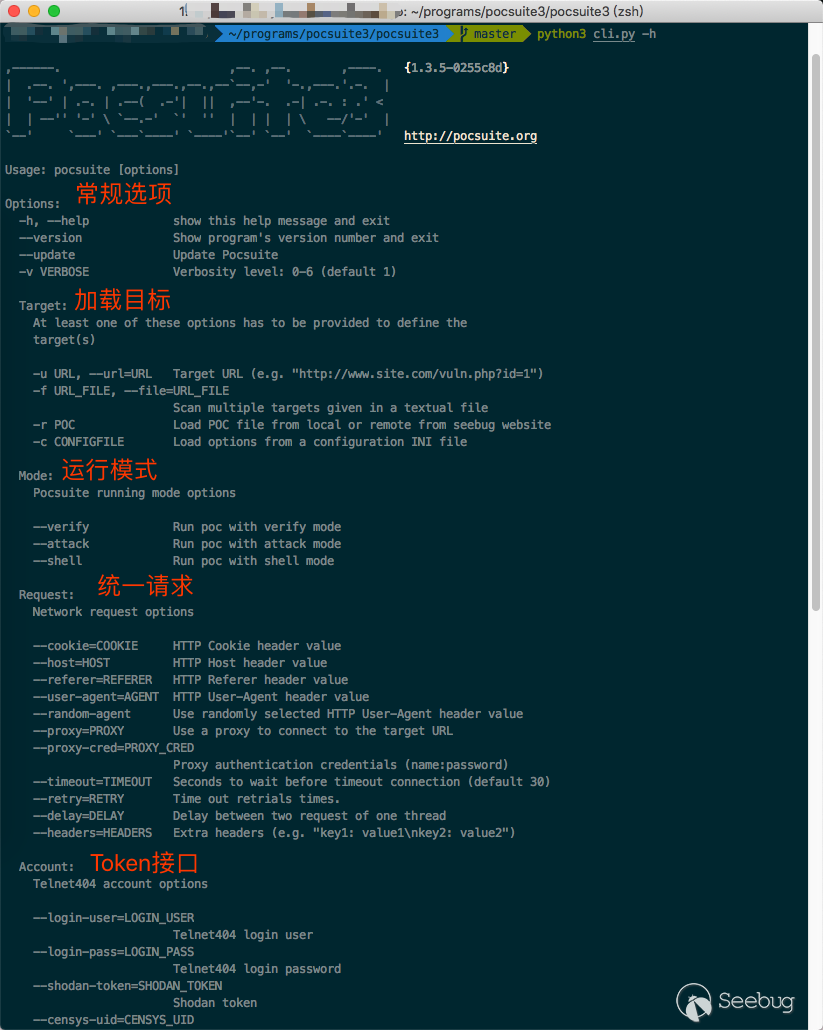 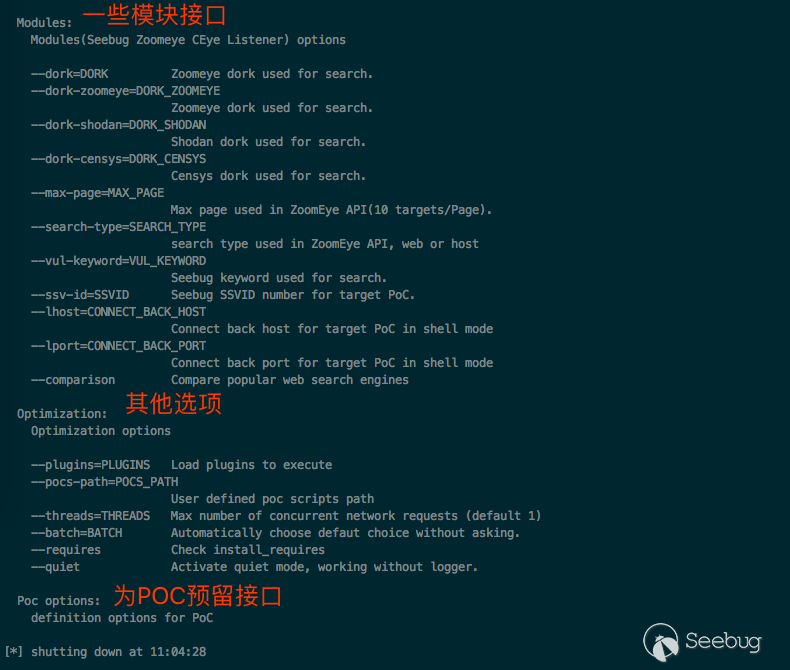 Use ZoomEye to search ecshop and use ecshop_rce.py to probe, specifying 5 threads

The default mode of Pocsuite is verify, which has the least impact on the target. There are also attack and shellmodes, operate related attacks and shell bounces on the target. (Of course, PoC support is required and Pocsuite has a built-in full api interface to help you)

Pocsuite3 has added a new shell mode setting. When you use this parameter, Pocsuite3 will listen on a port and wait for the target to be connected. We provide various languages for reverse payloads and for generating shellcode executable on Windows/Linux platforms.

Sometimes there are too many commands, some parameters are more reusable. Pocsuite provides methods to run from the configuration file.

Let's take the redis unauthorized access vulnerability as an example. We modify this file pocsuite.ini. 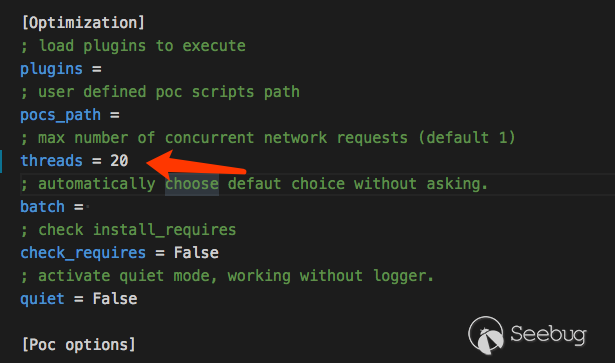 Adjust the number of threading ，RUN！ 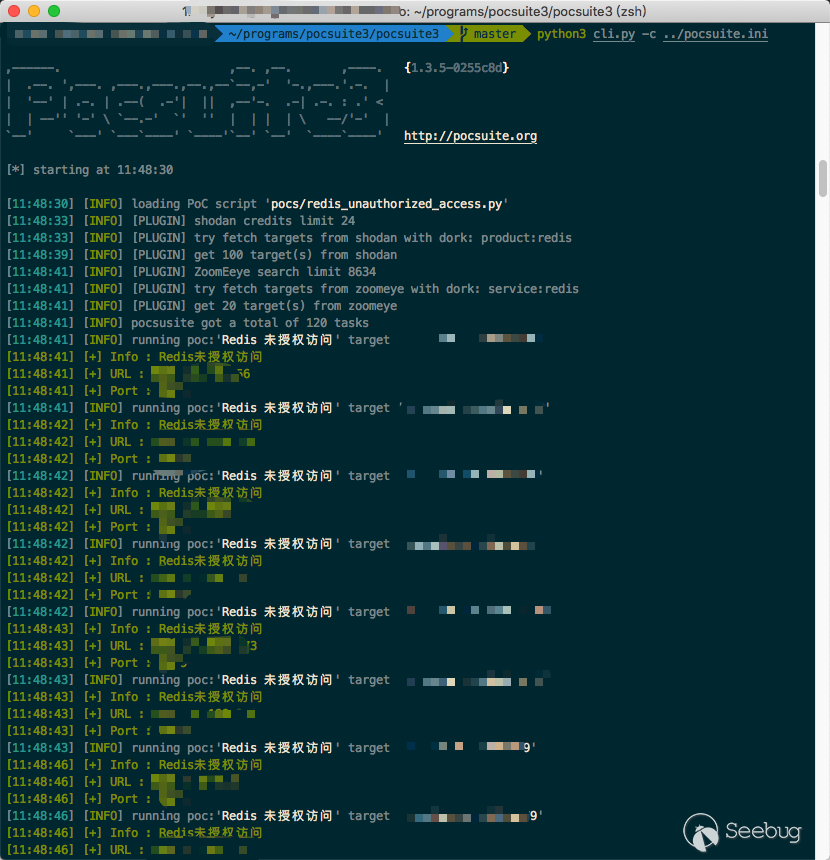 Because of using comparsion，we can see more infomation. 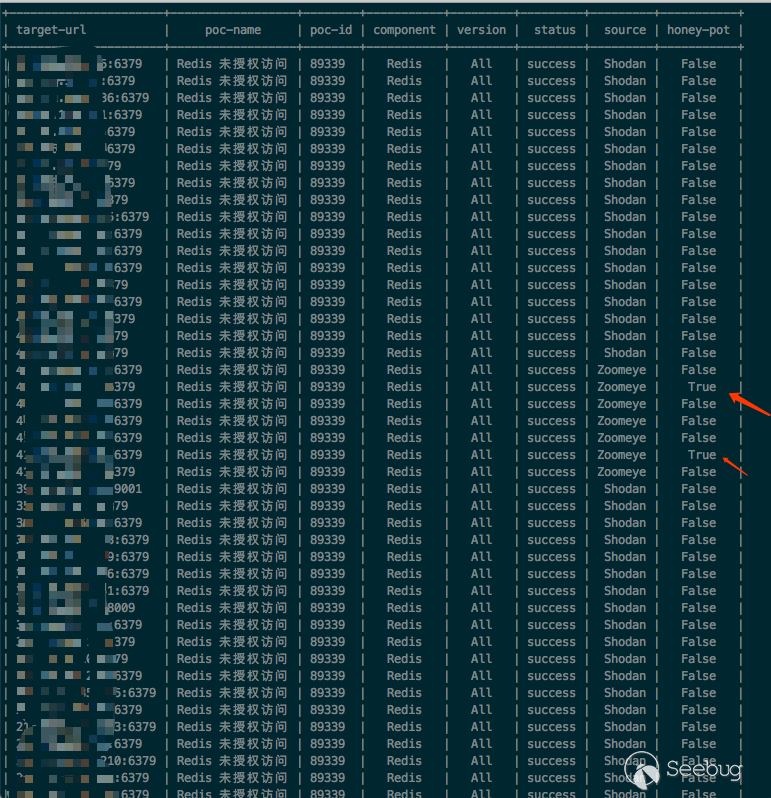 If you are Zoomeye VIP, you can also identify the honeypot information while collecting the target. Currently, only the data obtained through the Zoomeye interface can have the mark of the honeypot. Shodan, Censys have not yet opened the relevant API interface.

Pocsuite supports plug-in，according to the loading targets, pocs and results, it was divided into three types of plug-ins.

In addition to the ability to load local targets using -u, -f, you can program a targets type plugin to load the target from any place you want (eg: Zoomeye, Shodan) or even from the web, redis. Pocsuite3 has four built-in target loading plugins.

if you use —dork、—dork_zoomeye、—dork_shodan、—dork_censys, the related plugins will be loaded automatically, no need to specify them manually.

Instead of calling plug-ins only from Seebug, pulling them out as plug-ins will allow them to be called from anywhere they can be accessed, even program a plug-in to maintain a repository call on github.

Through --plugins plug-in name specified in the behind, multiple plug-ins can be split with , . For example --plugins html_report will generate HTML report format documents.

Based on the accumulation of our vulnerability emergency, basically pocket suite built-in API interface can achieve full coverage of PoC. A lot of API interfaces we'll talk about in the next chapter, but here are two interesting examples.

In some special Linux and Windows environments, it is more difficult to get a reverse shell condition. To this end, we have created a shellcode for reverse in Windows/Linux x86 x64 environment, and made interface support. It can automatically write shellcode to the target machine and exceution only when you need to have command execution permission.

If you have impression in Hacking Jenkins Part 2 - Abusing Meta Programming for Unauthenticated RCE! ,what an amazing way of hacking，But we encountered difficulties when make PoC，verifymode we can use ceye，but mode of attack and shell We have to make our own Jar and upload it to the server!

To this end, we make the Jar format packaged API and the HTTP service API, which will be so useful in the later PoC writing that is becoming more and more difficult to automate.

As programmers' awareness of security increases, the era of finding a previous link to get RCE is over. More and more vulnerabilities are turning to require certain "permissions" to trigger. So we need to reserve a parameter interface in Pocsuite3.

In the premise of keeping the original PoC format as much as possible, we have added a _options method to specify the parameters passed by the user.

In this Poc, we define two parameter for username and password. You can execute this command.

In some cases, we have also considered the interactive command mode (like hacker's sense of ritual). And it's fully compatible with PoC in cli mode, and if you use it on Linux or Mac, you'll get a better experience. 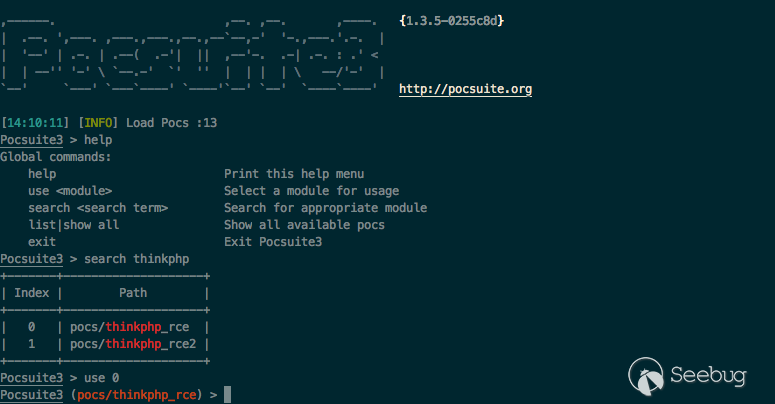 How to import in other places

pocsuite3.api expose all the interfaces in Pocsuite, whether you are makeing PoC or integrating into your own environment, you only need to use this. A simple call to Demo.

A fully functional framework is not just an engine that can handle tasks in batches. Many things need to be accumulated in actual combat and implemented in the best way. In the process of building your own PoC framework, be sure to know what you need and how to solve it elegantly. The next section will talk about the framework structure in Pocsuite3.