In response, the security issues of IoT are also increasingly prominent, especially for common devices such as webcams and routers. The rapid growth in the number of IoT devices is in sharp contrast to the serious lag in their security. At the same time, it also provides new opportunity for malicious attackers and security researchers to play the game of good versus evil on a new battlefield.

This is a detailed introductory level tutorial for many enthusiasts who want to get started with smart device security.

Firmware is a program written in EROM (Erasable Read Only Memory) or EEPROM(Electrically Erasable Programmable Read Only Memory). In particular, for most routers and cameras on the market, the firmware is the program in the 25 series Flash chip on the board, which houses the embedded operating system, usually a Linux system.

In general, there are several ways to obtain firmware.

This paper deals with the latter two ways to extract firmware.

0x02 About the Concepts

Before starting the formal firmware extraction, we need to grasp several basic concepts.

The Serial Port and UART

The serial port asynchronously transmits and receives bytes in bits following the UART protocol. Normally, three pairs of pins need to be connected, and the connection mode is as follows: 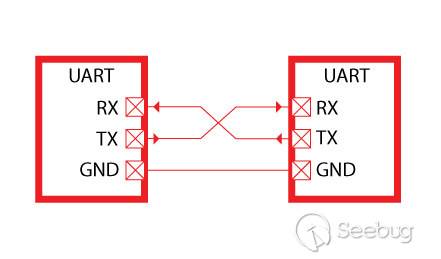 In the figure above, TX is the receiving end, RX is the transmission end, and GND is the ground end. Connect the debug serial port of the board and the USB to TTL serial cable as shown. After setting important parameters such as baud rate, data bit, stop bit and parity check, the two sides can send ASCII characters normally, so as to carry out asynchronous serial communication.

U-boot is a kind of boot program commonly used in embedded system. It is executed before the operating system runs, to initialize the hardware and software environment, and finally to boot the system kernel.

0x03 Enter the System through the Debug Serial Port

In this section, we will start with a wireless surveillance camera and explain how to get the Shell of the system through the debug serial port.

Detect the open port and service of the camera by using nmap, and the result is as follows:

Mongoose monitoring on port 100 is an embedded Web server, and gSOAP is a cross-platform tool for developing Web Service servers and clients. RTSP (Real Time Streaming Protocol) is an application-layer protocol in TCP/IP protocol system, which defines how one-to-many applications can effectively transmit multimedia data over IP networks.

The packet analysis of services can then be done by using tools like Fidder, wireshark, and others, but that's not the focus of this paper. Next we will analyze from the perspective of hardware.

Manufacturers of routers, cameras and other equipment usually leave debug serial ports on the devices to facilitate development or after-sales debugging. In order to communicate with the equipment, we first need to find these "backdoors". Disassemble camera apart with tools, and identify the purpose of the chip according to the model on the motherboard. As shown in the figure, we found the location of the processor and memory chip. The processor is GK7102, and the memory chip is IC25LP128. There are three free interfaces on the motherboard in the right picture. After testing, the lower left one is the 4-pin debug serial port (baud rate 115200), the first pin of the serial port is Tx, the third pin is Rx, respectively connected with the Rx and Tx of USB-to-TTL. The line and the motherboard are powered by the same Hub, and the VCC is not much different, and no GND is connected.

As for how to find the debug serial port on the device, you can refer to reverse-engineer-serial ports, no more details here.

minicom is a serial port tool on the Linux platform. Type the following command at the console to communicate with the serial port.

You can use the following way in case of the permissions issues in this step.

The laptop is properly connected to the motherboard serial port. After power supply, the following debugging information during system startup can be seen in the terminal.

The partition information of Flash chip is as follows:

After booting up, the system starts the following services, which may be the main process of the camera service.

After the system is started, the Shell login interface is provided.

By observing the startup process, we have gained a lot of useful information and have a general understanding of how u-boot boots the system.

Finally, we tried to use weak passwords to get the Shell of the system. Unfortunately, after many attempts, we failed.

If you've ever used Linux, maybe you've experienced the awkwardness of forgetting your system password and not being able to access it. Our solution is very simple and direct: go directly to the grub boot to change the password. Therefore, if the device is within reach, there is almost no problem of access to the system.

On a camera running an embedded Linux operating system, there exists u-boot as well, similar to grub.

Restart the device and enter the u-boot command line by typing the combination keys.

There are many built-in commands for us to use in the u-boot command line. Type “h” to view the help.

Print the parameter information passed to the kernel by u-boot via printenv. 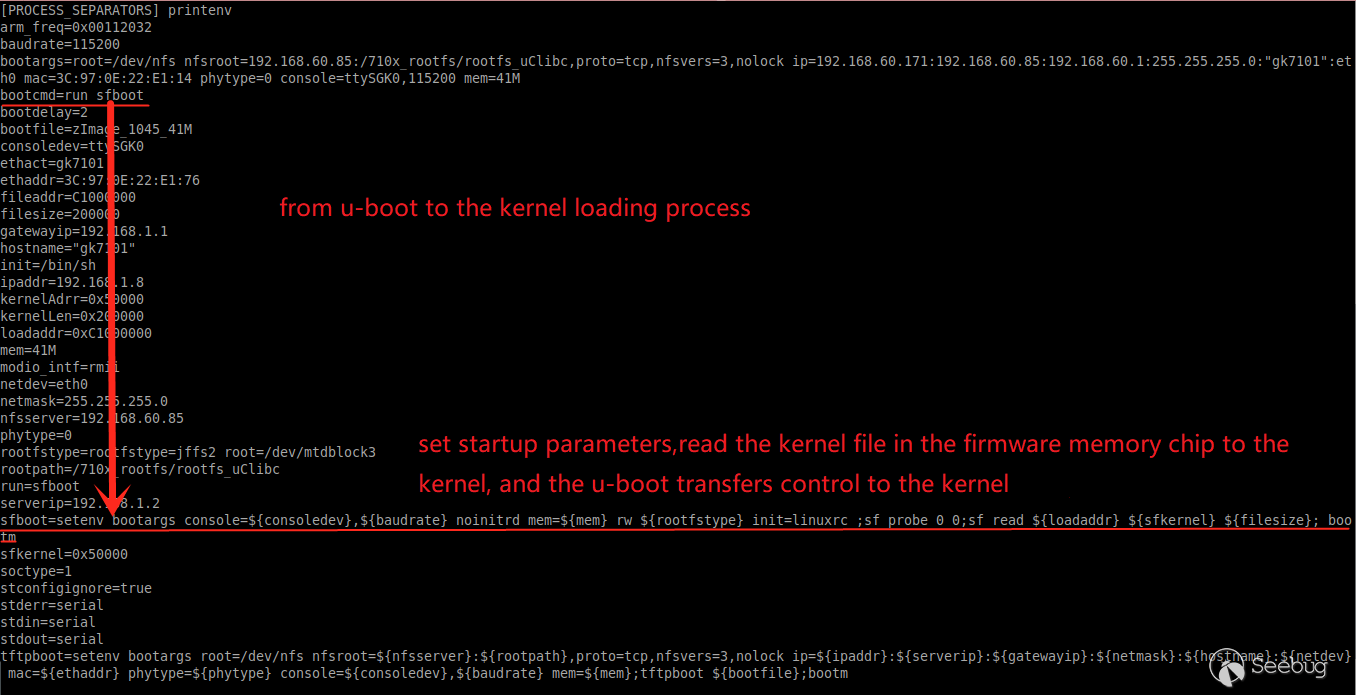 The contents of some of the parameters show how u-boot transfers control to the kernel.

Let's focus on the init field of the startup parameter.

The init field sets the name of the initialization process executed by the kernel, such as linuxrc above, which is a piece of program code located in the root directory of the file system, responsible for subsequent system initialization.

Is it possible to directly modify init=/bin/sh to access the root file system when the system is not initialized? Modify the init field in sfboot as /bin/sh in the u-boot command line and save as follows (make a backup of parameters before modification):

Restarting the device, as we suspected, modifying the initial process of kernel execution, we successfully obtained a shell.

Since there is no linuxrc initialization process, the Shell functionality is greatly limited. Edit the /etc/shadow file under the shell, erase or crack the root user's password, restart to the u-boot command line interface, modify the original boot parameters and save, restart to the shell login interface again, and you can get a shell with complete functions.

Based on the previous steps, We can now log into a fully functional Shell and use tar and tftp commands to pack and upload the root file system to the tftp server.

The relevant commands are provided in u-boot to operate the Flash chip, so the firmware can also be extracted as follows (the way of cat memory is just an idea, speed is a great limitation). 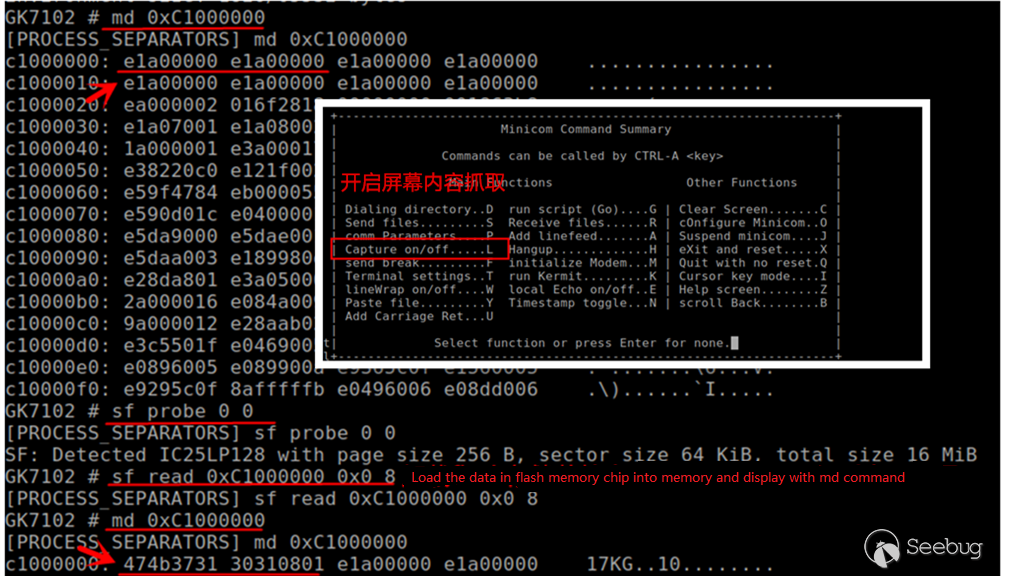 In this section, we take another camera based on gSOAP protocol as an example (firmware memory chip MX25LP128) to show how to use a programmer to read and write Flash chips to open the Telnet service of the camera.

MX25L128 is a 25 series Flash chip that can read directly online. Clamp the Flash chip and connect the programmer to read the firmware inside. 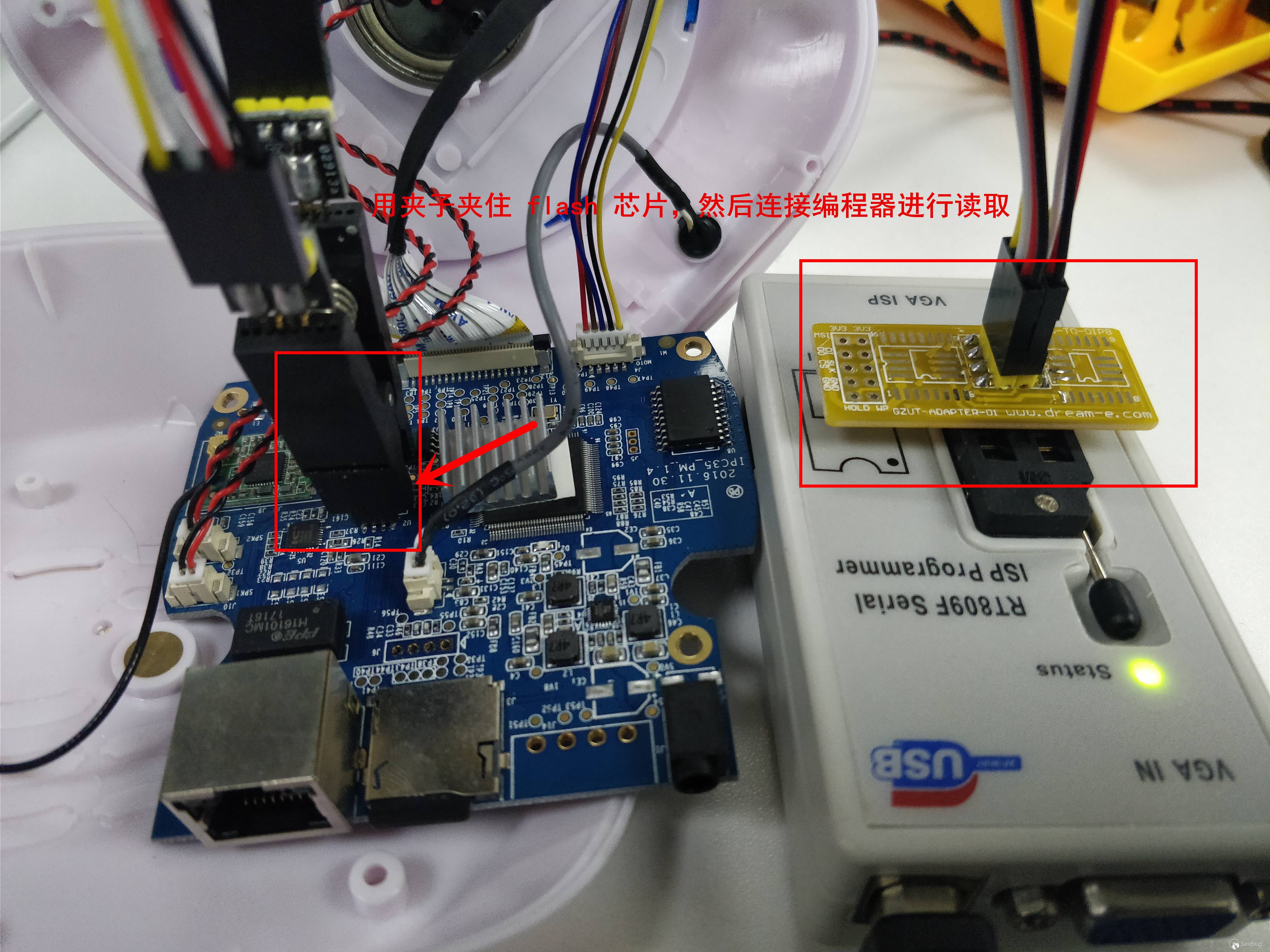 Click SmartID, and then click on Read after the chip model is successfully identified, and save it as a file. As shown below, the reading process is very smooth. 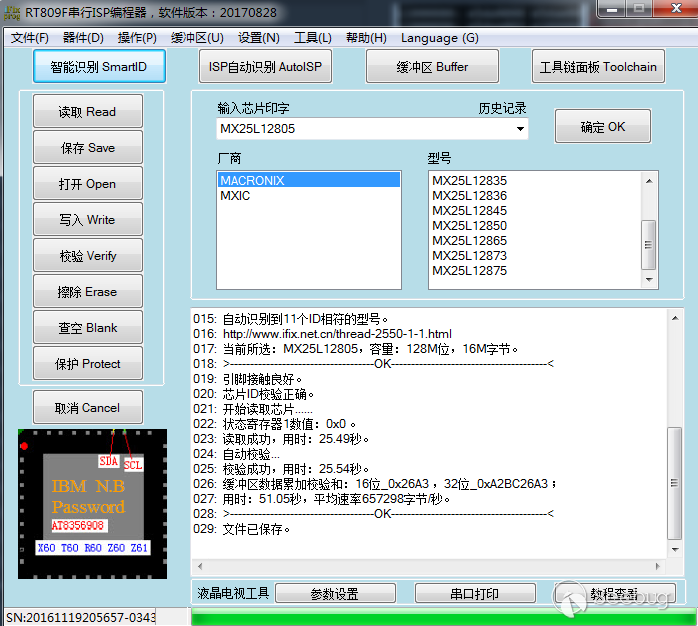 Binwalk is a firmware analysis tool developed by @devttys0. It is highly recommended to use the tutorial installation on Github. Installing apt-get directly will lack many dependencies.

After compiling (make), the kernel generates two files, one is Image and the other one is zImage. Image is the kernel image file and the zImage is an image compression file of the kernel.

As for uImage, it is an image file dedicated to u-boot. It adds a 64-byte header in front of zImage to indicate the kernel version, loading location, generation time, size and other information. After 0x40, there is no difference with zImage.

The firmware uses the squashfs file system, a set of GPL open source read-only compressed file systems for the Linux kernel. Therefore, the firmware cannot be modified when the device is running normally. In the previous section, the reason why we entered the system through the serial port by modifying the initial process of the kernel is that the system has not been initialized and we gained read and write rights to the file system.

In the latter part of the firmware, there is an area that can be written. A JFFS2 file system, which is a very widely used read/write file system on flash memory. Modified configuration information and other data during device operation will be written to this file system.

The squashfs file system starts at 0x3800000 and is 6963644 bytes in size. Extract the file system with the dd command and decompress it with the unsquashfs command.

Be familiar with file system structure and existing commands.

Obviously, the firmware Shell is based on busybox. From the result of file instruction, we can judge that the camera is a 32-bit ARM instruction architecture.

This busybox is statically linked and does not rely on other library files. You can use qemu-arm directly to simulate the running.

Of course, we can also build a qemu virtual machine.

Now we can determine that the telnetd command exists on the target file system. Add the following content at the end of the boot.sh file in the root directory to enable the device to automatically start the Telnet service on startup.

Having finished the simple modification of the file system, so how do we repackage the firmware so that it can flash back to the device?

Start with the firmware structure again as follows:

Judging from the above conclusions, we only need to repackage the modified file system into firmware without changing the original firmware structure.

Connect each segment with cat.

We've finished the repackage. Use the programmer to brush the modified firmware offline into the firmware memory chip.

As you can see, we successfully turned on the telnet service for this camera. 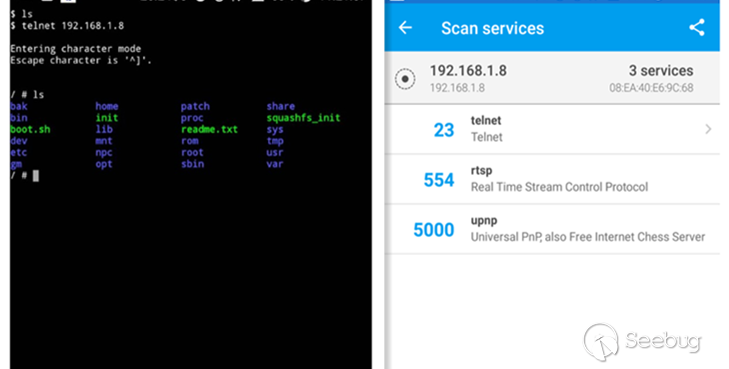 A good understanding of the hardware and software of smart devices is the basis for exploring the device vulnerabilities. This paper is a summary of some experience in the research process of camera and other IoT devices, and I wish it’s helpful.